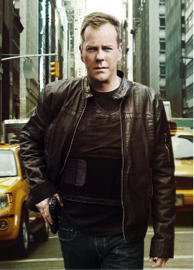 It appears that someone in Washington called several government officials in Europe to force the landing of a jet carrying the President of Bolivia.  If that proves to be the case, the actions by all involved violate of the 2010 international protocol to help stop skyjacking.  The protocol, signed by all but a few nations, says:

“Any person commits an offence if that person unlawfully and intentionally seizes or exercises control of an aircraft in service by force or threat thereof, or by coercion, or by any other form of intimidation, or by any technological means.”  2010 Protocol Supplementary to the Convention for the Suppression of Un-Lawful Seizure of Aircraft

The president of Bolivia, Eva Morales, flew to Russia for an international energy conference.  His plane landed and stayed at Vnukovo International Airport while he was at the conference.   During the conference, Morales indicated that he would consider providing asylum for NSA whistleblower Edward Snowden.  However, he didn’t offer asylum or grandstand when he responded to a reporter’s inquiry.

Based on the forced landing of the Morales plane and the new  “Insider Threat” program to squash whistleblowers, the Obama administration obviously wants Snowden in the worst way.  The diplomatic requests mask a deeper sense of entitlement that turned into recklessness in this situation.

When the Morales plane left Russia, there was a refueling stop planned in Spain’s Canary Islands.  While in Austrian airspace, the Bolivian plan received word that Spain was withdrawing permission to refuel.  The aircraft quickly made landing requests to Portugal, Italy and France.  The word back was no permission to land.  With a need to refuel and no other options, a request was made to Austria and Morales landed in Vienna.

Once on the ground, Morales was confined to the Vienna air terminal for hours.  Bolivian officials insisted that the Austrians search the plane for Snowden.  An Austrian official walked through the plane but supposedly interrupted the search and left.  Austrian President Heinz Fischer said:

“The official was informed that the problem had been fixed and he saw at that point that the plane was empty… He did not look under the seats. There was no formal inspection, but no other person was found aboard.” Austrian President Heinz Fischer, Buenos Ares Herald, July 7

Guess what?  Snowden was not on the plane.

How did this happen?  Were these European countries so anxious to find Snowden, they acted in a way that broke international law and agreements?

Thanks to Matthew Schofield of the McClatchy News Foreign Staff, we know that someone contacted Spanish authorities and authorities in the other refusing nations with requests that the Bolivian plane not land on their territory (How the hunt for Edward Snowden, and bad information, stranded Bolivian president, Friday, July 5, 2013).  Schofield connected the dots on critical elements of this story.

The article quotes Spanish Foreign Minister Jose Manual Garcia-Margallo who was interviewed after the incident:

“We were told that Snowden was inside. I can [only] work with the data they give me.  They said they were clear he was inside. … The reactions of European countries were because the information they gave us was that (Snowden) was inside.”  Spanish Foreign Minister Garcia-Margallo McClatchy, July 5 (Author’s emphasis)

That’s telling!  As Schofield points out, the foreign minister didn’t say who they were but let’s guess - an authorized, high-ranking member of the Obama administration.  Who else could make such a request and have it granted?

Also, the foreign minister’s statement implicates officials in the other three European countries.  How else would he know the information he claims to have received?

Is it an international conspiracy to violate protocols on skyjacking yet?

We also find out the obvious reason they thought Morales was on the plane and why that idea was absurd.  Schofield implied that they suspected that Morales’ comment about considering asylum meant both that he would grant it and that the president would sneak Snowden on the presidential aircraft for a getaway.

Maybe they celebrated a bit too much over the holiday weekend and watched an episode of Fox Entertainment’s 24.

What would Jack Bauer do?

If they had exercised the least bit of objective analysis, it would have been apparent that the Snowden-Morales escape scenario was extremely unlikely.

It was public knowledge that Snowden landed and was restricted to Moscow’s Sheremetyevo International Airport on June 23.   President Morales’ plane landed and remained at Moscow’s Vnukovo International Airport prior to the Gas Exporting Countries Conference, which started July 1.  To believe that there was actionable intelligence to suspect Morales - Snowden getaway, you have to believe the following.  Snowden could: evade Russian security and leave Sheremetyevo airport; successfully travel the 35 miles across Moscow to Vnukovo airport; evade Russian security there; and, board the Morales plane.

The European countries and the individuals who encouraged them clearly violated the international conventions on skyjacking and the general diplomatic code based on a theory that was unlikely at best and, in reality, absurd.   The overwhelming desire to get Snowden seems to have blocked access to the facts of the situation.

These are the people who are protecting us against terrorist attacks.

Deeper Reasons for Them to Suspect Morales

The suspicions of the officials who encouraged this absurdity make sense, if we assume that the Obama administration was behind this, which, of course, they were.  If you’re sufficiently paranoid, it is easy to suspect others of doing what you do to them.

Evo Morales is a left wing Bolivian politician who was first elected president of Bolivian in 2006.  He leads a movement that incurred the hostility of Bolivia’s financial elite and apparently the United States government under both Bush and Obama.

The Bush administration’s hostility toward Morales included trade conflicts and claims that the administration backed the 2003 massacre of protesters associated with Morales.  According to Morales, the U.S. Embassy was behind a plot to kill him in 2009.  President Obama had to deny approving any assassination plots on a visit to South America.  Bolivia recently turned down any further aid from the United States and expelled U.S. aid personnel.

The administration knows what it has done and plans to do to Morales and the nation of Bolivia.  If you’re sufficiently paranoid, it makes perfect sense to suspect a constant desire for revenge on the part of those you victimize.  As a result, the many reasons to believe Snowden’s escape was nearly impossible made no difference.  The administration bypassed the facts altogether and went with the paranoid logic.  Of course he snuck Snowden on the plane!  He hates our guts!  Go get him.

While the deeper reasons theory makes sense, it could be as simple as this.  One of the many friends made by the administration in six years of drone killings and proxy wars may have injected an email into an Internet portals monitored by NSA and its European partners stating that Snowden was on the plane.

This is just another stop on the boulevard of lost dreams that represents out current political process.